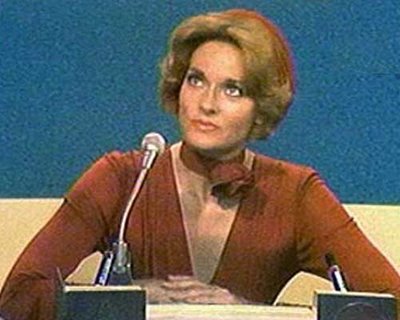 If you scroll down or click here you will discover The Weekend Starts Here #1. This is number two in this occasional series where I just make with the chat on a Friday because I really have nothing to say.

“So what else is new?” I’ll pretend I didn’t hear that
Letter to McDonald’s

Firstly, I did get a reply from McDonald’s South Africa about which about which of their stores was closest to my house in Perth Western Australia.

Apologies for the late reply. Thank you very much for the compliments on the website! The restaurant locator is for the McDonald’s restaurants in South Africa, but I’m sure if you contact McDonald’s in Australia they will assist you in finding your closest store.

Nice though this is, it unfortunately doesn’t resolve the matter and I have forwarded my enquiry to McDonald’s Australia.

I will let you know when they reply in earnest.

Above is a video capture from the US game show The Match Game which was their Blankety Blanks (as we called it in Oz or Blankety Blank if you lived in UK) .

But in my humble opinion (I wish there was some way to abbreviate that expression) she is the best Catwoman from the Adam West Batman series – although apparently she only played the role in the 1966 movie.

She is, in the pantheon of Mr Trivia, Officially Awesome.