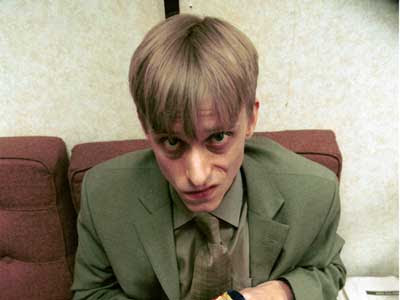 I have a friend who has her own wheelbarrow theory that she pushes in order to define the difference between nerds and geeks. She says that a geek is someone with a passion or area of interest whereas a nerd is someone with a true expertise in a subject. Therefore your pal who spends a lot of on their PC, likes to use netspeak, is an early adopter of Google gizmos and has a World of Warcraft account may be a computer geek, but might know very little about actual programming or coding. I was speaking with my neighbour, an IT guy from Switzerland and discovered that he knows almost nothing about social networking on the Internet – so he would be a nerd.

So, sticking with this theoretical categorisation it becomes clear that almost everyone I know is some kind of geek. I was at Media Dell//Arte Xmas Lunch on Friday talking to a couple of friends who are animation/sci-fi geeks. One of them was drawing a series of robots on the paper tablecloth. Bob and Vincent from The Black Hole were there – as well as Robbie the Robot from Forbidden Planet and Robot from Lost In Space. I made the grievous error of mixing up the last two. I was corrected. That’s what geeks do. (I’m talking to you spottyjunglecat).