We’ve all heard the meme. It’s the 21st Century – where are the jet-packs? Personally, I don’t want to share the skies with people who can’t merge their vehicles adequately into freeway traffic (also known as my fellow West Australians), but that’s just me. Before we even get to jet propulsion as a means of personal transportation, let’s get some other stuff off the drawing board and onto the shelves at BIG W. Most of this may not suit you and where you live, Dear Reader, but it’s my blog, so I get to call the shots.

SMOOTH TALKING CAR
Not like KITT from Knightrider, but a vehicle that psychs you up for meetings and big events with motivational patter uniquely styled for your psychology. Ships with 1000 phrases like: “Mandy, you look smoking hot today and your CV totally kicks ass! Prepare to NAIL this interview, sister!”

HAULING OATS
On wintry days, this contraption transports a bowl of steaming hot porridge to your bedside to the music of Hall and Oates. 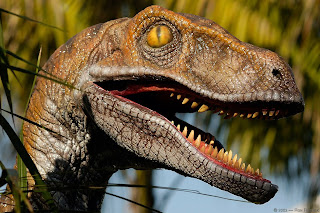 TWENTY FIVE VELOCIRAPTORS
The cool, deadly dinosaur that shot to fame after its appearance in the movie JURASSIC PARK is now a lethal genetic reality. Sure, they’re incredibly unstable and are prone to full-body explosive termination after three hours. But that’s enough time to sell your ‘too sick to work’ phoney bulldust.

TRUTH ‘FRIDGE
It tells you when you’ve had enough and cuts you off. Can be programmed with hilarious insults like “Eating for Two, Bernard?”

SEX ROBOT
Not what you were thinking at all, the Sex Robot is built for parents too shy or uninformed to explain the birds and bees to their children. Sex Robot will have ‘the talk’ and give your kids up to date information without ever feeling embarrassed or wanting to snigger.