Lordi – The Unexpected Winners of Eurovision 2006

ADVISORY: Zeitgeisters, steer clear of this blog entry if the idea of a 4-hour televised European Song Contest leaves you unmoved.
INTRODUCTION

The Eurovision Song Contest (ESC) is a televised song competition that has been aired every year since 1956. Participant countries are not necessarily “European” but have to be members of the European Broadcasting Union. Which is how countries like Egypt and Turkey can qualify. Audiences in thirty-eight countries can vote for the contestants in a television poll.

That is a dry description of the event culled from the official website and the Wikipedia. If you’ve never witnessed the Eurovison Song Contest, it’s like a collision between The World Cup and an Australian rock eistedffod. Some people take it as seriously as the older Sanremo Music Festival (here if you read Italian), however this is difficult to do if you don’t enjoy middle-of-the-road pop. For the rest of us, the ESC is a kitschfest, a golden opportunity to mock and for the most part, this year did not disappoint.

The United Kingdom is one of the big four financial supporters of the contest, but is also instrumental in pulling the piss out of the ESC. The UK’s TV link man, (unseen during the broadcast) is Terry Wogan. He makes ascerbic asides throughout and takes aim at costumes, poor song choices, bad dancing and whatever else takes his fancy. For many of us, Wogan is the reason we watch.

Eurovision 2006 was the 51st edition and the host city was Athens. The Greeks approached the show’s opening number in a similar spirit to their recent Olympic opening ceremony. This was pointed out by my brother with whom I was watching.

So this meant much celebration of Ancient Greek culture and poetry. A mermaid sang of those Ancient Greek staples, the Sun and the Sea. These were embodied by dancers dressed as waves (poor), birds (very poor) and dolphins (even worse). The Sun was flown in on cables and Wogan described it as a “giant Terry’s chocolate orange”. It was massive and had gold-painted dancers writhing on it. As an idea it was somewhere between Studio 54 and Fellini’s Satyricon. 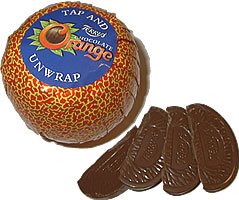 The number finished on a literal high note and was met by rousing applause from the Athen’s audience. Then the evening’s hosts Sakis and Maria were flown in on wires from opposite ends of the enormous stage. This was the very effect that so impressed me when I saw Peter Pan as a six-year-old at the Perth Entertainment Centre. I will say little about the inane Maria and Sakis, except that like all host-duos throughout the contest’s history they had the required ability to speak in the ESC’s official languages (French and English) as well as the tongue of the host country.

There were 24 countries competing in last night’s final. And mostly, the acts were undistinguished. The typical entry was a group comprising a combination of singers and dancers, rather than say a lone singer fronting a band. Full-on pop numbers generally featured more dancers and these outnumbered the ballads, which seemed out of favour, this year.

There is pop music and there is Eurovision pop. From an observer’s standpoint, Eurovision has seemed to operate with a guiding impulse to reward enthusiasm and effort over talent. The general criticism of the ESC is that the winning song and act are invariably pretty, homogenised ballads or puerile pop numbers.

This rose-coloured aesthetic is captured by the official website. Here’s how it described Moldova’s entry in the final telecast:

“Next, it’s Moldova, represented by Arsenium and Natalia. They start the song silhouetted behind a yacht sail before emerging to sing their funky, summery song, ‘Loca’. As they sing, a dreadlocked rapper says, ‘yeah, uh’ and Arsenium stands alongside him, bopping away like Justin Timberlake. Natalia, meanwhile, goes through two costume changes, losing her skirt to reveal a tiny bikini before bursting through the sail in a wedding dress. It’s a very polished performance.”

Yep, that was one way to describe it. Another way would be to call it a sad Carribean rap based around a poorly sung line that sounded like “Every night I need a Berocca”. Natalia’s tiny bikini was a stunt that took the essence of the Janet Jackson wardrobe malfunction and used it to distract from the poverty of musical talent on display.

Latvia’s entrant was the mighty Cosmos. Six men dressed in cream-coloured suits of varying cuts. Cosmos was an a capella act, of whom my brother said, “A capella singers are the magicians of the music world.” He didn’t mean it as a compliment. However, Cosmos showed they had more to offer than mere vocal pyrotechnics. They also had a pathetic stick-figure robot that could do the moonwalk and at the end of the song, one singer let go of a small, lighted heart that flew up to the stadium ceiling. Awww!

Norway’s entrant showed that attractive blonde Scandanavian women ripping-off the Bond formula (violin hotties) just sounds like a good idea on paper. The next act of any note were the German band Texas Lightning with Aussie lead singer Jane Comerford. Their country song was something you might actually listen to in passing on the radio. So naturally they had no chance.

The Russian act had it going on; a lead singer with a mullet and a ballet dancer in white face trapped in a grand piano under a mound of rose petals. Think pissy music-videos from the 1980s, say The Blue Nile’s Tinseltown in the Rain and you’ll have the feel almost exactly.

Halfway through the show and Wogan had tired of the copy he had to read that accompanied the touristy images that went before each song. He said, “The write up for this says ‘Greece loves fruit and vegetables’ Laudable. No sign of a drink is there? It’s a long night, this.”

Lithuania’s entrant were an aggro pack of black-suited fellas called LT United. Wogan correctly identified their song as “a football chant.” With absolute chutzpah they sang, “We are the winners of Eurovision.” They exhorted us all to “vote!” They spiced t
hings up with an electric violin, goofy dancing and a gold megaphone. In my view, their killer line was, “We are here to represent the truth.” Unfortunately not enough voters agreed.

The UK’s entrant was one of the lowlights of the evening. Some geezer called Daz Sampson rapped in front of dancers dressed as schoolgirls. Daz obviously thought he had the cred of The Street’s Mike Skinner, but was in fact all mouth and no trousers.

The memory of Daz was soon obliterated by the all-conquering Lordi. This Finnish metal band sang an absolutely blinding piece of nonsense called Heavy Rock Hallelujah. There were reference to rock and roll angels and the Day of Rockening. Their costumes were heavily-worked and detailed with horns, skulls, illuminated evil eyes; and each member of the band was in prosthetic makeup. Wogan called them the return of the Klingons and the Orcs. They looked like the Warhammer house band. Eurovision had never seen anything like them.

From here it got a little blurry. Croatia’s entrant was a singer called Severina. Even the official ESC website shows some self-knowledge when it says: “This being Eurovision, the bottom of her dress is soon ripped off and Severina is hoisted aloft by her dancers. It’s crazy but a lot of fun.” It was actually neither.

The disappearing skirt was not only used three times during this show, but it is basically a tribute to, or plagiarised from, the 1981 UK entrant Buck’s Fizz who had this move worked out for their song Making Your Mind Up. At the strategic moment, the two boy singers whipped off the skirts from the two girl singers who were in leotards or somesuch. It caused a sensation. In 1981. 25 years later, the ESC kids are still at it.

The final act of any note was Sweden. The singer also remembered 1981 and dressed to celebrate this bygone era. She also belted out a disco-influenced power ballad(?) about “Invincible Your Love So Preem”. It was a little Farrah Fawcett aesthetically and a tad Bonnie Tyler musically. It was so bad that I thought it was in with a chance. Soon it was time for the voters of Europe to decide.

The voting system is complex. I won’t go into it too deeply here except to say; no country can vote for itself; points are given to your country’s top ten picks; points number from 1 to 12 (except for 9 and 11 which aren’t included). In year’s past the voting seemed to take about two hours. This year each of the twenty-four entrant countries only announced their top three votes.

This process is a bit like watching a national election. Dull for many. Wogan called it “tedious” but he remembers back to when there were only a dozen or so entrants. I always enjoy the voting and trying to pick a winner early. Just a third of the way through the votes and my brother was tipping Finland’s Lordi who at that point only had a twenty-point lead.

There is a tendency for the various countries to vote ethnically or culturally. So the Scandanavian countries invariably vote for each other, as do the Baltic states. This leads to some strange voting patterns. In the case of entrants like Greece and Cyprus or the Balkan states, we witness the phenomenon of watching countries who have ancient or recent disputes, voting for one another. Is this heart-warming or hair-tearing?

In the end, enough of the participating 24 nations saw the joke and Finland’s Lordi won with a huge 292 points. Russia was second with 248 points and Boznia Herzegovina were third on 229 points.

Lordi is such an uncharacteristic ESC winner. All the pre-show tipsters were wrong. Although who can blame them? Lordi’s song wasn’t a ballad or a pop song. The band wore latex-rubber monster heads for crying out loud! Did the countries of the European Broadcasting Union suddenly and simultaneously grow a funny bone – or is Euro-metal on its way back? It’s too early to tell.

The winning nation becomes the host country for the following year’s ESC. As the credits rolled and Wogan realised that 2007’s show would mean traveling to Finland, he weighed it all up like the Eurovision veteran he is,“Oh good, we’re back in the cold again.”