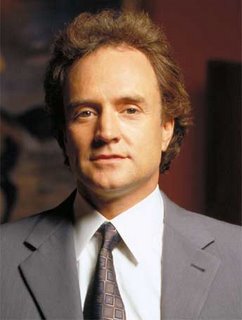 Okay, Zeitgeisters, that’s as shallow an attention-grabbing start as one could ever want, but I really want to know. And sure, I’m really talking about Josh Lyman’s hair. (I’m like one of those people who insist on calling an actor by their character’s name – only in reverse. e.g. “Go Knight Boat!”)

Whitford plays Deputy Chief of Staff, Josh Lyman, in the Aaron Sorkin-created, NBC television series The West Wing. He plays this part to a tee and now he’s set to do great things in the new Sorkin drama, Studio 60 on the Sunset Strip. I know this last bit because the Angriest Ex-Video Store Clerk in the world told me.

Oh, and Whitford’s married to the awesome Jane Kaczmarek who plays mom, Lois, in the series Malcolm in the Middle. So Mr Whitford’s your regular pop-cultural icon and yardstick for excellence. We’re here in this, frankly, puzzling cultural landscape, because I’ve just finished watching season four of The West Wing on DVD. And Josh Lyman’s hair has bothered me throughout. It’s foofed. It’s tzujed. It’s just plain wrong.

Perhaps others who are further on with this recently-ended series can assure me that the Lyman ‘do’ improves.