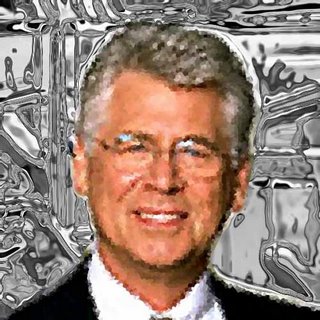 Mr Bostwick looks a little like this if you squint.

Zeitgeisters,
just time to say a couple of things. It has become clear to you, I’m sure, that I am a Gen X-er – and and one of the older ones. But I keep the fiction of never giving away my actual age, name or visual appearance because many of you like to imagine what Mr Trivia might look like. Or envision an identity for him.

You’re only human, after all.

There are even a number of you who believe that I am baby boomer Barry Bostwick, actor, born 1945 and famous for the role of Brad in The Rocky Horror Picture Show.

This, too is wrong. Would the real Barry Bostwick bother to note that on the Google/ Firefox page it says: “Love Firefox? So do millions of others. Help us spread the word!”

No. he would be too busy dealing with fan letters and movie offers. He wouldn’t have time to be part of some viral marketing that was thinly-disguised as social networking.

And he couldn’t spare a moment for the following statement. “I love Firefox – it’s great, and I should know because I’m Barry Bostwick who played Mayor Winston in Spin City.”

Okay, okay, no harm done, there’s just you and me here and no one else needs to be in on this. It’ll be our little secret. Kapish?

And in conclusion, if you are a fan of Barry Bostwick check me out here.