Yeah, I know, I’ve been away. I needed quiet. Bland food. Lots of mood-altering prescription drugs. Also I was rearranging my limitless CD collection according to VIN number (no correspondence on either the non-existence of a CD VIN number, nor the use of the inherent tautology of the term Vin Number, please.)

You? Really? “One Ring To Rule Them All”, you say. That was you? Why didn’t you just fly on the back of a Giant Eagle to Mount Doom? Hahaha! Yeah, it’s an oldie but a goodie.

So I was thinkin’ – If you had access to a Time Machine and no real ambition to stamp out Climate Change nor a megalomaniac obsession to rule the Balkan states, you could do worse than travel back to the late 1970s to get ahead of the “observational comedy” curve.

Sure, you could also use the machine to travel back in time and win big money on sporting events like that twit does in Back to The Future, but think about all the mayhem you’ll cause by getting in on the ground floor at that signal moment in the evolution of Stand Up Comedy.

I refer to that moment when the Second Wave Boomers eased off the drug humour and began doing shtick about toilet seats, toothpaste caps and tax returns. Play your cards right and you can be the next Jerry Seinfeld – in fact Jerry Seinfeld will be the name of a Human Resources guy from Queens. Sure it violates the Prime Directive, Trekkers, but All The Best Episodes Do.

But the centrepiece of your act – after you’ve worked all the variants of flying on airlines, eating airline food and opening packets of airline peanuts, is the man/woman material. We’ve all heard the gags. We’ve all been there. We know how to do it. Set up – women, shoes; punchline – POW! Set up – men, apathy; punchline – POW! You know the drill, so get writing and hop into the Temporal Slingshot and become the gold standard of Stand Up and later Sitcom.

Gender? Too obvious? You know folks, we can be rather different. A Norwegian friend of mine explained to me something that occurred last week when we had a stunning amount of hail fall in Perth.

He and his wife were getting into the car and he saw a “drift” of hail lying near the car. It took him a moment or two to readjust to the idea of icy white stuff lying on the ground outside, rather than in the freezer. His neurons processed, then, using his male mind, he grabbed a handful of the ice, packed it into a “snowball” and threw it at his better half. This was his one and only opportunity to throw a naturally-occurring snowball at his wife in Perth, Western Australia – and he stepped up.

I’m not saying women wouldn’t do this. I just think it’s clear which gender is the more likely to react this way when faced with an oddity of nature. 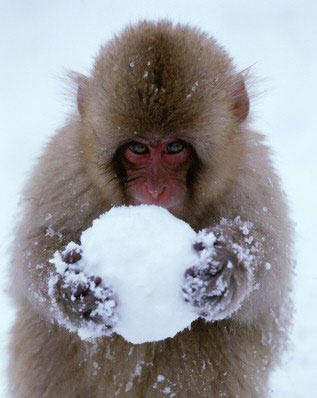