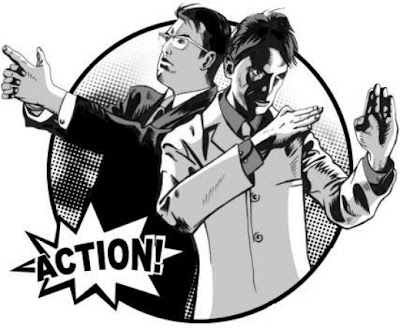 For reasons that I don’t wish to fully disclose, I’ve only had two and a half hours of sleep (that knits up the ravell’d sleeve of care). I pulled a massive all-nighter and worked on a project for 32 hours straight. Because I’m an idiot, that’s why.

And as I worked and occasionally cat-napped over my computer, I found the effects of sleep deprivation were interesting. Interesting in a – I wish this was happening to someone else – kind of way, but the situation and the attendant pain were self-inflicted, so I can’t whinge here.

The music from the computer was turned up loud in a misguided attempt to keep me from nodding off. And yet every hour or so I woke in the midst of an 80s or 90s pop song like My Sharona from THE KNACK, wondering what the hell I was doing .

Every time it took me 5 to 10 seconds to pull together the threads. “You’re writing an article, and you are looking to intersperse this paragraph of interview with biographical information to give this some context. The last sentence you worked on is HERE.”

It wasn’t an intelligent working model, but even I could see the wheels were falling off around Hour 27 after I woke from what might have been a three minute nap. I was slumped in my chair with THEY MIGHT BE GIANTS’ Lincoln blaring out at me. I was struck by the lyrics from Track 1 – Ana Ang – as they entered my semi-consciousness. “Who was at the Dupont Pavillion, why was the bench still warm, who had been there?” I knew the answer. After 20 years, I knew.

It was Cosmo Kramer from SEINFELD. And what’s more, TMBG’s musical agenda perfectly synched with Kramer’s life philosophy. The optimism. The randomness. The 1964 world’s Fair. Which… was in New York… where Kramer also lives. TMBG were his hipster dufus backing band. It was match made in heaven. And then unbidden I visualised Oreos on a dinner plate. It all meant something…

Even though I was awake, I felt I wasn’t too far from dreaming. I was experiencing something akin to the feeling you get when you wake from a proper night’s sleep and stride out into the kitchen thinking, “Yes, must take the new Cadillac for a spin down the Old Coast Road – even though I’ve never owned a Cadillac and drive a 1997 Toyota Liteace van.” Then the disappointment hits as you slip from the netherworld of alpha waves and into the daylight.

Yes, I see now that the beautiful ‘cosmic’ link that I made with Kramer and THEY MIGHT BE GIANTS was tenuous at best. But it felt right. For one brief shining moment, Camelot, baby.